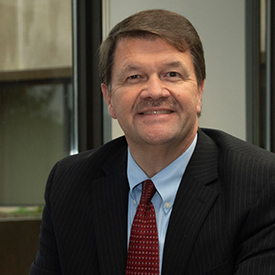 
"FCA is a wonderful place to work…bottom line — it's the people."

Robert Coleman is chief operating officer. He was selected to this position in August 2019. Mr. Coleman served as chief examiner and director of the Office of Examination from 2010 to 2019. Before this, he was director of the agency’s Office of Secondary Market Oversight for five years and director of the agency's Regulation and Policy Division for three years. From 1994 to 2003, Mr. Coleman worked in the Office of Policy Analysis as a policy analyst specializing in regulation development, and then as a senior policy analyst. He joined FCA in 1986 as an examiner in the Office of Examination. He held various positions in that office, providing technical and analytical support to FCA field offices and in the Policy Development and Planning Division. He completed the commissioning program and became a commissioned examiner in 1990. Mr. Coleman holds the chartered financial analyst designation, which he earned from the CFA Institute in 2000.