The FCS Institution Directory contains information about each institution and its chartered territory. You may search the directory in two ways — by viewing a list of FCS institutions or viewing the institutions by district. 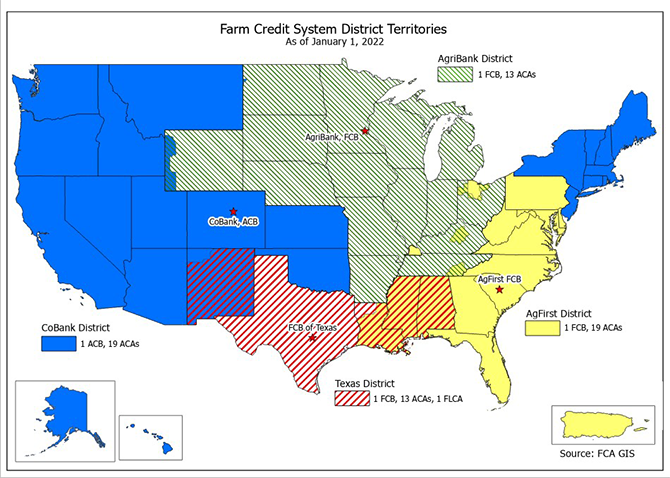